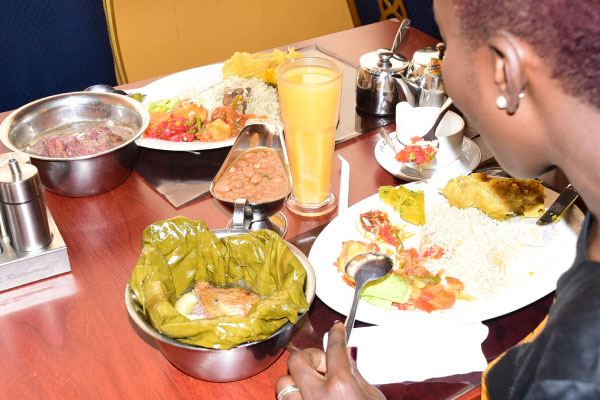 Uganda is a gifted country, with variety to showcase to a tourist so much that if half of its tourism potential were to be realised, its contribution to the Gross Domestic Product (GDP) would immensely catapult economic development over and above its currently leading sectors.

TMEA is regional company that supports growth of trade of different aspects, both in the region and beyond. At the local level, there are different associations that contribute to the growth of the tourism sector in Uganda.

Though spread at different times, there is a strategy and plan that each of the associations is implementing to galvanise the pluses in the sector and also deal with bottlenecks. Some are capitalising on the gains already achieved.

If implemented, Sabiiti anticipates that these are estimated to bring in about 275, 000 visitors in five years, and thereby strengthening competitiveness of Uganda as a tourist destination.

UTA is an umbrella association that brings together all tourism associations in Uganda. “And here, we are talking about Ugandans and our neighbouring friends in the East Africa region. We must understand them and find out what products they like and be able to package that and sell it to them,” Kawere argues.

Kenya is running a more successful one at a national level, called Twende Kenya where locals are encouraged to visit different tourism destinations with discounted rates for accommodation as a key element in travel.

Family and group travel plans are promoted among masses. Uganda Tourism Board (UTB), organisers of Tulambure, can pick a leaf from Kenya Tourism Board (UTB) on the promotional campaigns and general organisational strategy that draws in key sector players in the tourism industry.

UTB is the government’s agency in charge of marketing and promotion of destination Uganda to locals and the world. At the moment, UTB is undergoing a metamorphosis of sorts where much of its top leadership has been restructured in anticipation of attracting new and competitive members.

Building on past successes
Hon Daudi Migereko, Minister of Lands, Housing and Urban Development is the chairman, board of directors at UTB. He says that the board has targets and looks forward to stepping up arrivals from 1.3 million to four million visitors to Uganda per year as a precursor to also increasing tourism’s contribution to Gross Domestic Product (GDP) from 10 per cent to 15 per cent by 2020.

From a marketing point of view, and more specific terms, Kawere says that events, marine tourism and generally fun activities are a good point to start. Packaging such events is what UTB needs to look at, and give thought on how to encourage Ugandans to travel.

“That even with a small budget, one is able to travel. Most Ugandans travel for burials, kwanjula (introduction ceremonies) and wedding ceremonies but they can be encouraged to visit areas on top of a wedding,” UTA’s director suggests.

He adds that for this to be realised, there is need for a harmonised and coherent marketing strategy. “There is need to understand what the market needs to consume. What do the local people actually enjoy? There are efforts to put the strategy in place to guide the domestic marketing.”

Migereko says that part of the strategy, is for UTB to pay a lot of attention to and take advantage of the emerging tourism products such as meetings, Incentives, Conferences and Events (MICE), faith based tourism, birding as additions to the other traditional products.

“In our strategy, running from 2018 to 2022, we will continue supporting the tourism sector. Key interventions include, implementation and marketing of the four products develops (feasibility studies and fundraising), empowering women in the tourism value chain by linking communities to tourism products and improving the handicrafts sector, and enhancing the institutional sustainability of tourism association,” Sabiiti affirms.

Strength in numbers
Pearl Hoareau, chairperson of The Uganda Association of Travel Agents (TUGATA) that runs under UTA umbrella, is grateful to TMEA for funding towards formulation of the association’s five-year (2016- 20121) Strategic Plan that was achieved through consultative workshops.

She adds that to survive in the industry and be able to offer value to the tourism sector, the travel agent has had to evolve, to also offer more to the sector’s clientele.

“If we are to survive, we must look to new avenues to support our businesses and become innovative on how we serve our clients. TUGATA shall therefore, as per recommendations in the Strategic Plan, embark on training our members to gain the necessary skills to ensure competitiveness and compliance,” Hoareau explains.

In its five-year strategy, the Uganda Hotel Owners Association (UHOA), which brings together 450 hotels operating in different parts of Uganda, Jean Byamugisha, its Executive Director, says it is looking at streamlining the growth and organisation of the sector.

She explains that the hotel sector is providing a solution to the unemployment challenge through providing jobs to youths, particularly in the age bracket of 15 and 30 years. “77 per cent of our staff are aged between 18-30years while 58 per cent of our entire workforce are women,” she adds.

The Chief Executive Officer (CEO) of UTB, Stephen Asiimwe, observes that 1, 281 hotels were registered during the year and 25 hotels were classified.

Favourite destination for Africans
“Uganda’s tourism sector is on consistent upward growth. According to UBOS (Uganda Bureau of Standards) statistical abstract (2016), Uganda received 1.32 million tourist arrivals. The number of arrivals through the gazetted border posts increased by 4.1 per cent between 2015 and 2016,” Asiimwe explains.

He observes that in 2016, most tourist arrivals in the country were from the African continent, accounting for 79.2 per cent, followed by Europe at 8.3 per cent, Asia at 5.5 per cent and America at 5.4 per cent.

“Tourists from the neighbouring countries including Kenya, Rwanda, Tanzania and the Democratic Republic of Congo, accounted for 64 per cent of all visitor, or tourism arrivals.

“These promising tourism statistics were attributed to various factors and aspects and there is no doubt UTB had an amazing contribution basing on the intensity of activities and initiatives done in 2016/2017. The financial year was busy for UTB as an organisation recorded a number of milestones and achievements in both at domestic level, regional and international level,” UTB’s CEO further explains.

“That does not take away the fact that we need to create marketing campaigns and high levels of awareness to Uganda of the very many attractive things within their reach that they can be able to see,” Kawere observes.

He commends the efforts to have a strategic plan which was consultatively done, to promote Uganda and hopes that it can consistently be followed with measurable outputs.

“Marketing is a continuous engagement and efforts to remind the client what is available and good for them. To UTB, this is a beginning of a journey of engagement of all sectors and needs support. If we think we can leave marketing of the country to UTB, we are lying to ourselves. It is a collective effort. It should be leading but with supporting blocks of the marketing of the destination,” Kawere further argues.

Click one of our representatives below to chat on WhatsApp or send us an email to info@tugata.com